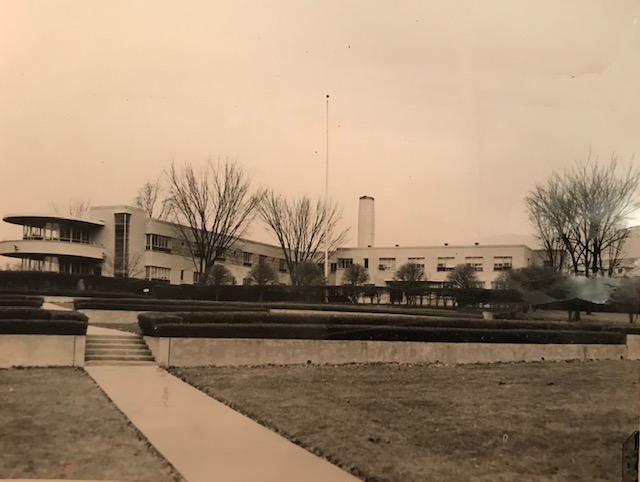 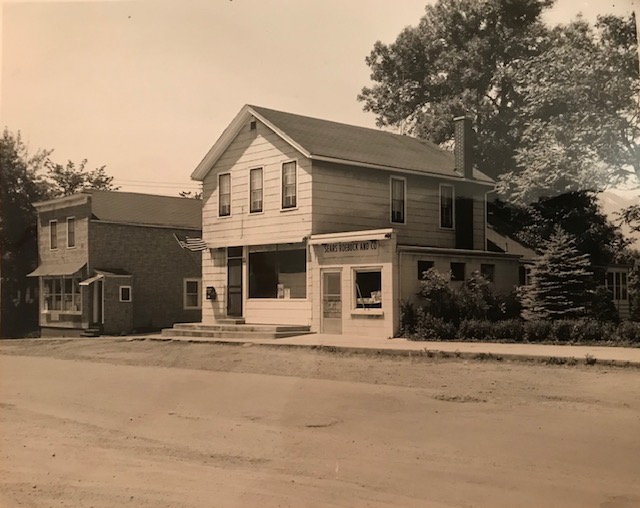 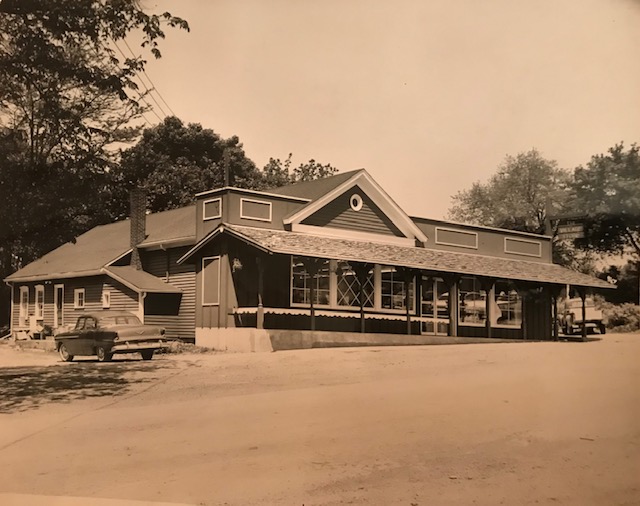 Sanders and Barbara Higgins and The Higgins Family Store

Sanders Higgins was born on July 16, 1866 to Gilbert and Cornelia Higgins. The Winfield that Sanders was born into was far different than the one we view every day. For starters, Winfield was not known as Winfield. Rather, it was referred to as Fredericksburg. This early town was built around the railroad. Most of the residents at that time worked for the railroad, or used the railroad for their own business purposes, such as the shipping or importing of particular products. Gilbert Higgins used the railroad to import Spring Valley coal. The coal was unloaded at the station in town and provided to customers as needed. Sanders Higgins was stationmaster at the Chicago and Northwestern Railway station in Winfield. He obtained this position after attending high school in Wheaton. It was in this role that Sanders began courting and dating Barbara Berkes. Barbara was born on February 13, 1870, one of eight children to Jacob and Antoinette (Klein) Berkes.

Sanders and Barbara were married at St. John the Baptist Church of Winfield on November 30, 1889. Father John Wiederhold performed the ceremony. Sanders was 23 years of age and Barbara was 19. The couple originally lived with Sanders’ parents before renting Matt Mueller’s home. It was here that Sanders and Barbara welcomed their first child, George, on September 27, 1891. On May 28, 1893, the couple welcomed their second child, Antoinette or “Nettie” (Miller)

William Fehrman owned and operated a prosperous business on the west side of Church Street, just south of the railroad tracks. He had purchased the business from Henry Gehrman on June 16, 1879. Customers at this store could purchase a variety of goods, such as dry goods, grocery, feed, etc. This was one of the few such stores in town at this time.

Sanders became a smart, educated businessman. He learned a great deal from his father. As such, Sanders reached an agreement in 1894 to lease the store from William Fehrman. The rest, you can say, was history. The young couple, with their two young children resided in quarters at the rear of the store. Happiness for them grew as not only did their own business grow and prosper, so too did the size of the Higgins family. Marie (McCabe) was born on November 10, 1895. Cornelia (Besch) was born on August 1, 1897. Edward was born on March 24, 1899, though he died in infancy. Henry was born on September 27, 1900. Richard was born on March 5, 1902. As you can guess, a large family in small quarters forced the need for a bigger home. As such, the Higgins family acquired property on the southwest corner of Beecher and Park Street and built their own home, which was completed in 1903. The home was the largest in the community at that time, and it was here that the couple welcomed two more children: Alice (Neubauer) on November 13, 1904 and Clara (Beck)(Abbott) on January 28, 1908. With their new home completed, the Higgins’ store was expanded to occupy the whole building. More groceries were supplied, as were shoes and dry goods. Coal was continually supplied, and a feed shed and scale were constructed for the store. Business was great, and Sanders was highly regarded by the community. Besides running his store, Sanders served as Justice of the Peace for the small town and was a member of the Catholic Orders of Foresters until 1907. As a family man, Marie Higgins McCabe recalled that her father was a warm man, read a great deal, and “…especially loved poetry,” which he often read to the family from his “big captain’s chair.”

Tragically, Sanders passed away on December 2, 1908, at the age of 42. Barbara Higgins was now left with the responsibility of raising the large family and running the daily operations of the store. She and her family met that challenge. The children helped out at the store. George, being the oldest child, assumed a greater role in the daily operations of the business. Barbara purchased the store outright from William Fehrman’s widow in 1919.

Barbara turned over the store’s coal business to George in 1912. George conducted the coal business at the family store for many years before moving to a new location along what is now Winfield Road. Today we know that branch of the family business as Winfield Fuel and Material Company.

Just as Sanders was highly regarded in the community before his passing, the same could be said for Barbara. Affectionately referred to as “Grandma Higgins” Barbara helped those who need (sic) food, but did not have the money to purchase the goods. The Great Depression of the early 1930’s hit people hard nationally, and Winfield residents were no different. Money was scarce, but Barbara trusted the people and helped them out as much as she could. Marie Higgins McCabe recalled that her mother would often add a bag of flour, a bag of potatoes, something extra to their order for the simple reason of helping them out. Bills that were not paid, according to Marie, were destroyed before her mother’s passing. Barbara’s generosity touched the lives of many people in the community, and she personified her “Grandma” nickname.

Barbara carried on with Higgins’ store until August 15, 1956, when she sold the business and retired. She passed away on September 23, 1964. Sanders and Barbara’s business was an integral part of Winfield’s growth and history. It also symbolized a family’s love, dedication, and resilience in good times and tough times.

Much of the information provided in this article was found in material at Hedges Station, including Louise Spanke’s Winfield history book, and in the September 11, 1968 issue of the Winfield Glimpses_. A special exhibit on Sanders and Barbara Higgins and the Higgins Store is at Hedges Station. Visitors will be able to view (not handle) the account ledger that kept track of the store’s customers and their purchases. This exhibit will be up through October._

Please tell us your Winfield story - share a news story, testimonial, video or photo. Our goal is to weave together stories from across the decades, but we need your help to make this happen! By sending us content you agree that we can use all submitted content on this website and on our social media platforms.

This website is operated by volunteers on the Winfield Centennial Task Force. All contributions support centennial and community events and are made to The Winfield Foundation, a non-profit 501 c3.